The second game of the day was against Eau Claire Mustangs (Maroon). Eau Claire carried much of the play, but the Ice defense and stellar goaltending by Maura Farrell kept them off the board in the 1st as Quinn Daczka (from Alex Gonzalez) opened the scoring for the Ice. Chris Petersen then pounded in his own rebound for a shorthanded tally to give the Ice a 2-0 lead after one period of play. Tyler “Frankie” Bartz opened the scoring in the second, but later Eau Claire answered to end the period with a 3-1 Ice lead. In the 3rd period, Alex Petersen gave Washington County a little more breathing room as they held off a final push by the Mustangs for a 4-1 Ice victory.

The final game of Saturday was against the Waunakee Wildcats (Yellow). The Wildcats came out fast, scoring the only goal of the 1st period. The Ice dug deep and skated stronger as the game progressed and answered with a Tyler Bartz goal (assisted by Alex Petersen) to close the second at 1-1. After 5 minutes of the 3rd period the teams traded goals – Alex Gonzalez scoring for the Ice (helper by Tyler). Alex Gonzalez then gave the Ice the lead later in the third with his 2nd tally of the game. The Wildcats made a final push, but Tyler Bartz got an empty net goal to seal a 4-2 Ice win.

This setup a late Sunday showdown with the Winter Club Wildcats (Blue) in the championship game. Both teams had to battle through an extra Saturday game and came ready for a hard fought contest. Winter Club scored early in the 1st to take the opening frame. While there was lots of end-to-end action in the 2nd, neither team could find the back of the net. The Wildcats scored again 5 minutes into the third, but the Ice answered 2 minutes later off the stick of Alex Gonzalez. The Ice had several opportunities in the closing minutes, but just couldn’t solve the Wildcat defense for the tying goal, dropping the championship game 2-1 to Winter Club.

The players of Washington County showed determination and sportsmanship over a long and challenging weekend, taking 3 of 4 games from state tournament bound teams. 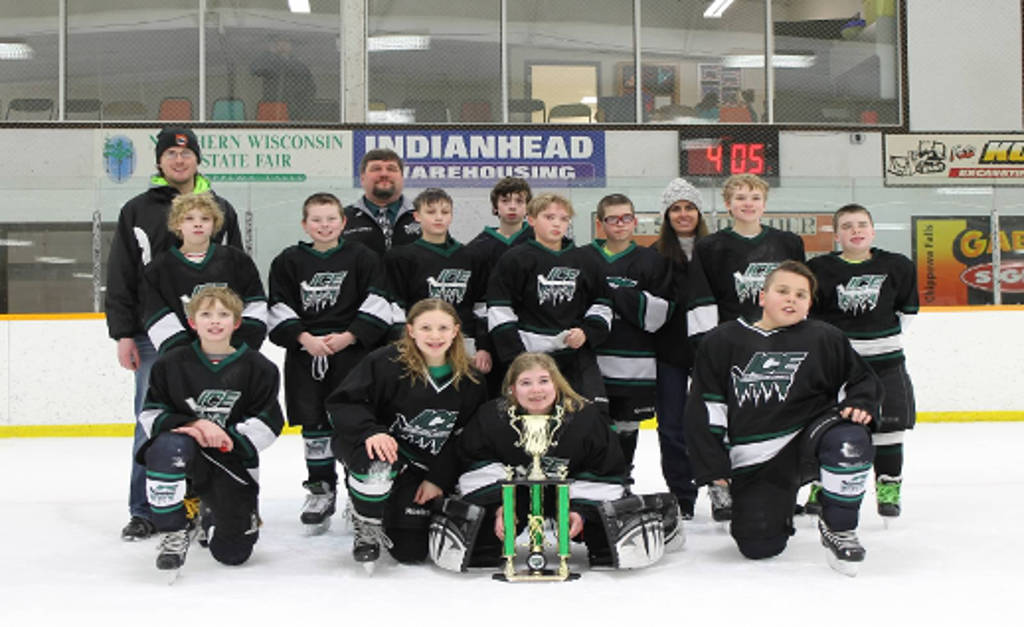