A Weekend of Rubber & Re-matches

The Pee Wee B team started their home tournament off against the Madison Patriots, a team they had met earlier in Sun Prairie and as before the boys made a statement in their opening game.  Out-shooting the Patriots 44-6, they had this game in hand off the bat with a hat-trick and playmaker patch earned before the coaches were able to finish their first coffee of the day.  The offensive explosion continued and the KMIC ice slanted in one direction ending this game in a 10-0 victory earning the third patch of the game.  With a long break in-between games, the boys headed off to enjoy the day.

As the boys continued to have fun, it turned to worry for the coaches as about an hour before our second game, the sounds of a screaming llama could be heard from our dressing room.  Rushing to the rescue, the coaches patched up the llama and the crisis averted, the boys got ready to face the Ozaukee Ice Dogs for the third time this season.  As expected the Ice Dogs were ready to play, wanting revenge for the two previous losses, the first period ended in a scoreless tie.  With the Ice Dogs putting the pressure on, they lit the lamp taking a 1-0 lead.  The boys did not get worried and continued to play hard, with solid goaltending and rebound clears they scored three unanswered goals including a power play and empty netter to ICE the victory for a third 3-1 victory over the Ice Dogs.  After the game, the joyous singing of what has become our victory song could be heard throughout the lobby and a rubber match against the Green Bay Bobcats to look forward to on Sunday afternoon.

When Sunday afternoon came, the boys were geared up and ready to show the Bobcats that when you come to our barn, you're in for a tough battle.  This game did not disappoint, with play going back and forth.  Solid goaltending and defensive play kept us in the game but once again we found ourselves in a small hole down 1-0.  The turning point in the game was a successful 1:50 5 on 3 penalty kill.  Not letting the Bobcats take advantage of this we turned it around and took advantage of the small number of chances we had.  Shortly after the big penalty kill, a pass from behind the net found a wide open defenseman in the slot for a booming slap shot that the goaltender is still looking for.  Game tied 1-1.  Aggressive play from both sides was making for an instant classic and late in the second a highlight reel pass from the wing through 2 defenseman’s legs found a wide open winger in front of the net for what turned out to be the game winner.  The final period was a nail bitter for all Ice fans and with the game on the line the boys continued to play smart and tough turning aside all Bobcat opportunities.  With one coach receiving play by play on his way to catch a flight and another stepping up to take his place (Thanks coach Airaudi) on the bench the boys took home the championship 2-1. 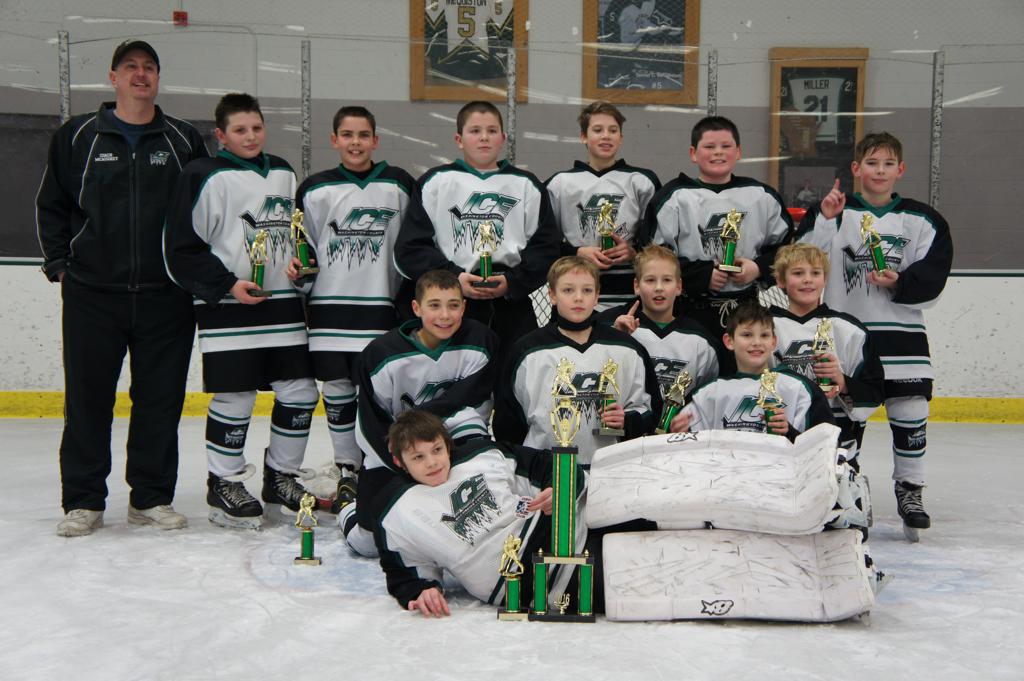 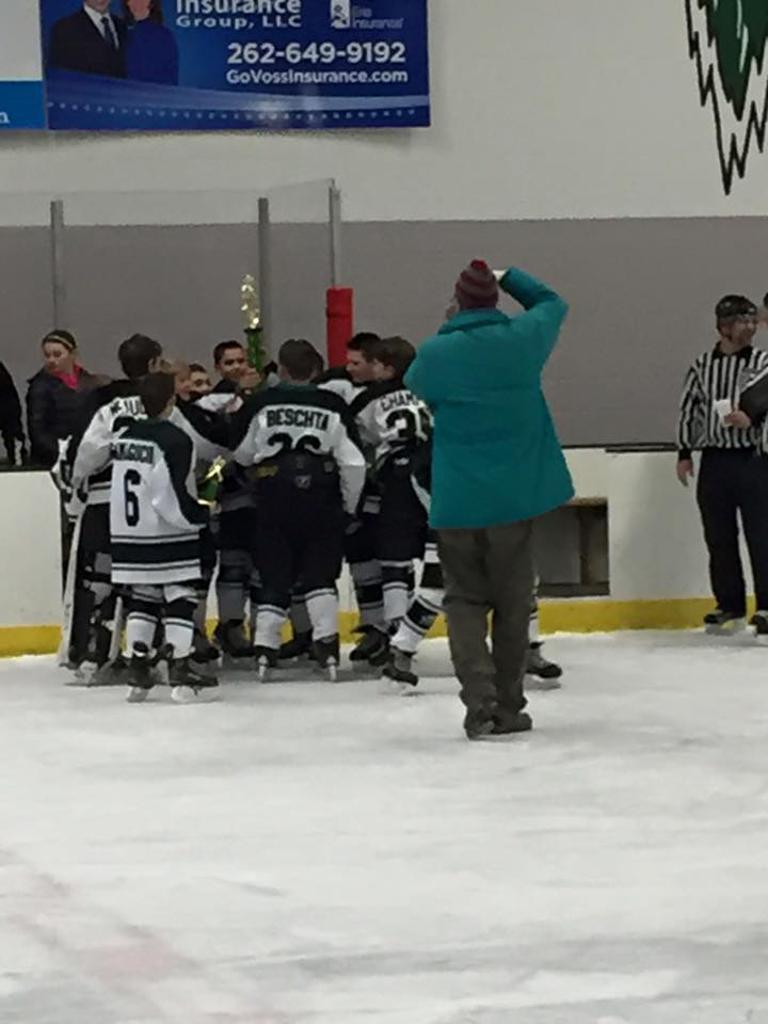