The Squirt B’s headed north the weekend of January 9-10 to the Shawano Squirt B Tournament.  The team opened on Saturday morning against the host, Shawano A.  The hosts jumped on the Ice early, capitalizing on some fortunate bounces and their power play to lead 6-0 after two periods.  The Ice did not hang their heads after the first two periods and played a great third period.  The defense held Shawano scoreless in the third and the offense capitalized on a breakaway for their sole tally.  In the end, Shawano took the 3 points winning 6-1.

Game two on Saturday was a rough one.  The Ice ran into the DePere A team who was on a roll, losing 12-0.  The Ice took this loss hard and needed to get away from the rink for a while and forget about this game.

Following a frustrating Saturday afternoon, the team headed back to the hotel for some much needed team bonding activities.  Time in the pool, knee hockey, card games, movies, pizza and a good night sleep were exactly what the team needed to prepare for the Consolation game on Sunday afternoon.

The Ice came out fast on the DePere B team putting up a quick goal on a nice breakaway followed, less than a minute later, by a put back off the goalie’s pad.  The Ice took a 2-0 lead into the 2nd period and took off from there.  The team added another goal three minutes into the period and the fourth goal of the game with four minutes left.  After one more second period tally, the Ice went into the second intermission with a 5-0 lead.  In the third, the Ice added a quick goal and continued their defensive intensity to keep DePere at bay the rest of the way.  The Ice captured the Consolation Championship with a convincing 6-0 win.  In the victory, a tournament Hat Trick patch and Shut-Out patch were earned. 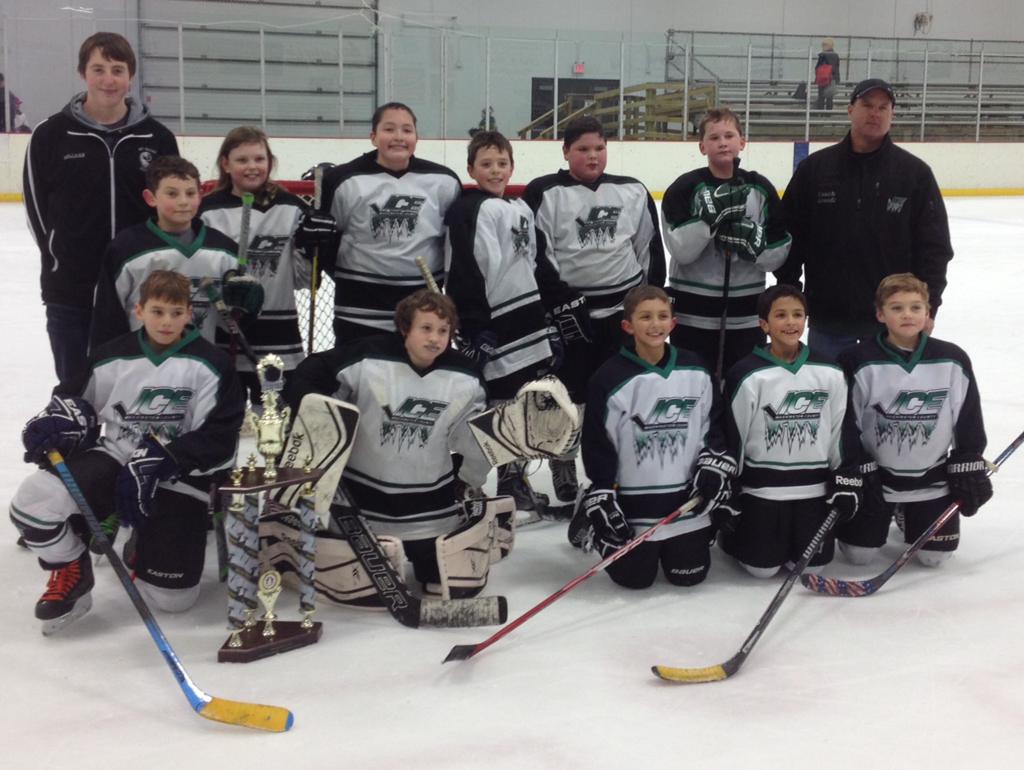